Supermarket pet shopping trolley will be a new business opportunity

There are two stories about why we need a pet shopping trolley? why it is a opportunity?

1, An incredible dog called Colt has been filmed as it packs its injured owner's shopping cart to help her get through daily life in this heart-warming video. Janaye suffered a severe traumatic brain injury after a boating accident in 2012 which left her susceptible to seizures and loss of consciousness. And although Colt's adeptness at shopping at home in Colorado is very helpful, it is not his only skill and he is a vital help in other ways too. Janaye's head injury causes convulsions and loss of consciousness but Colt can sense when such injuries are about to occur and warns her with his paw. He brings her medication if she is incapacitated, and when she has a convulsion, he slides a pillow under head to protect her fragile head from further injury.

From these accidents, we will see the new business opportunity about supermarket pet shopping trolley. if there is a kind shopping trolley specialized for pets, there will have no more similar accidents happened. people can bring the pets into the supermarkets safely and happily. more and more people choose a pet as a partner rather than a opposite sex. pet get the same treatment as a human from zoans. so for shopping carts manufacturer, it is a good chance. 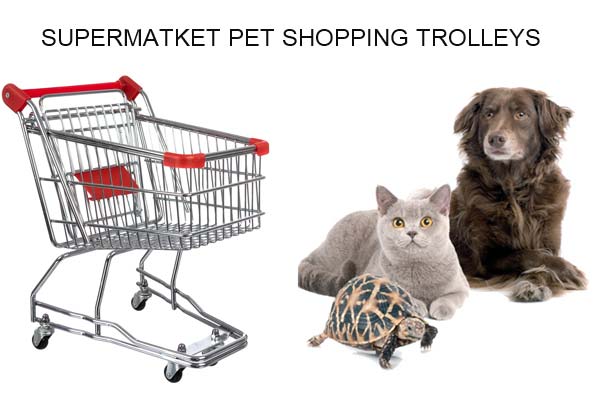